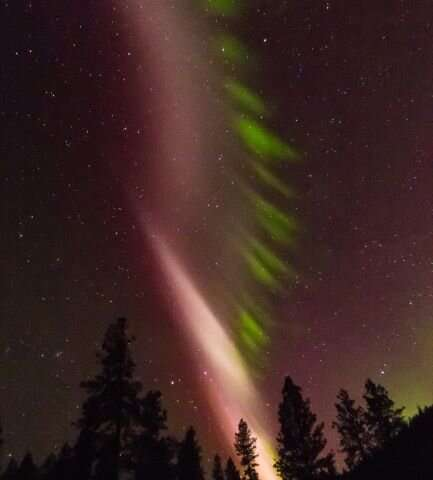 As is the case with astronomy, there are constantly new discoveries and observations that lead to new and exciting theories and hypotheses.

Particularly, with the Northern Lights, science has propelled our understanding of probabilities, causation and the technical interactions behind the solar wind and our atmosphere that have led to eons of wonder from humankind.

However, since 2016, STEVE has been the term on the lips of aurora enthusiasts across the world. Though STEVE is not considered part of the aurora, its indistinguishable similarities and sightings have led to an intensified level of curiosity in understanding how STEVE comes into visibility, and why we are only now properly noticing it more and more.

It’s part of the joy of spending time under the night sky in winter in Iceland that we frequently discover and ponder over new phenomena, and share these discoveries with the world.

In this blog, I’ll explain what STEVE is, our present day understandings of the phenomenon and how you can increase your chances of spotting it. 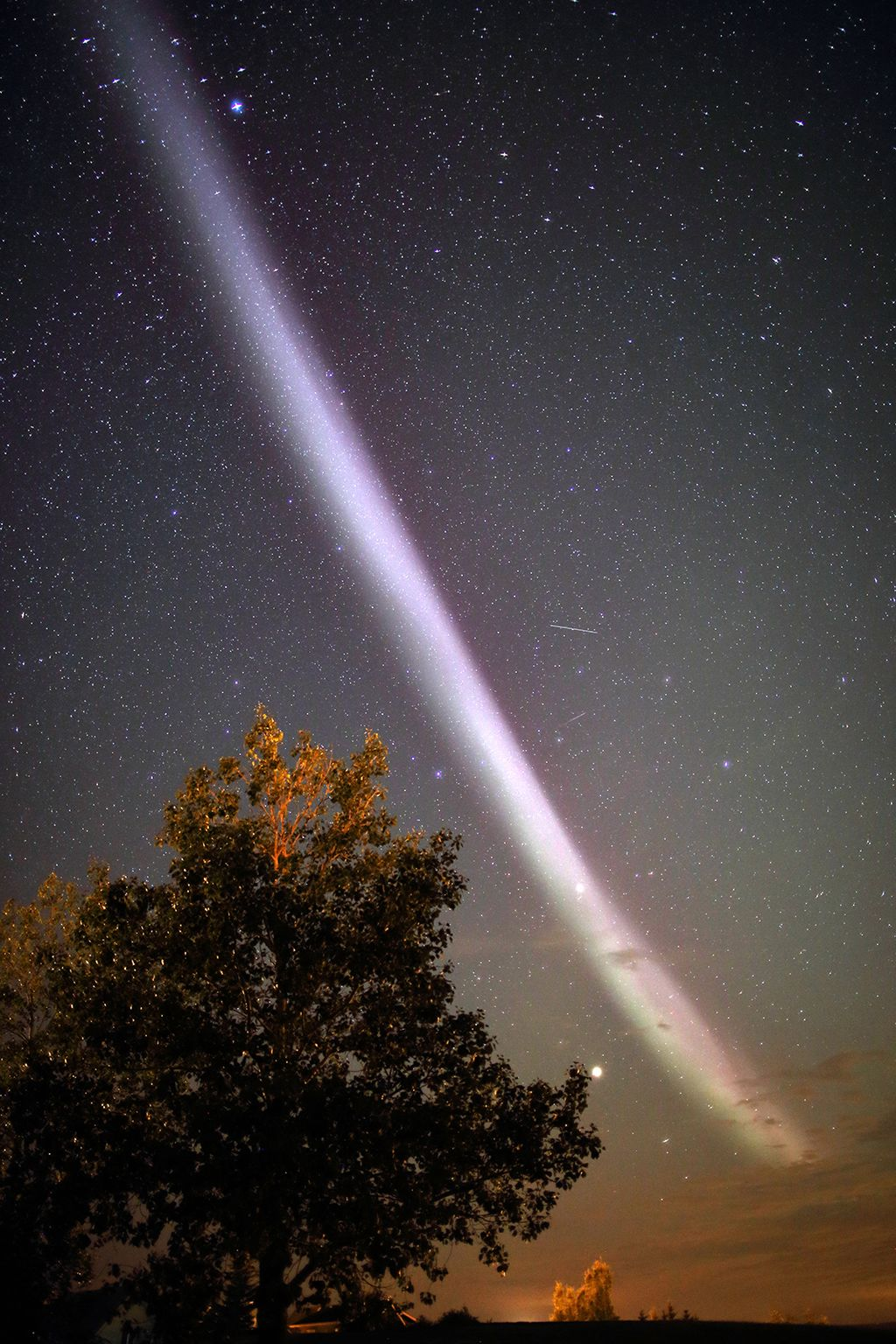 Believe it or not, this phenomenon was named ‘STEVE’ initially in homage to the animated movie ‘Over the Hedge’ where the creatures are unsure of what a hedge is, and so promptly just name it ‘Steve’.

To retain the name on scientific grounds, STEVE now stands for ‘Strong Thermal Emission Velocity Enhancement’ which doesn’t quite roll off the tongue, hence the accepted abbreviation.

In simplicity, STEVE is an atmospheric optical phenomenon that appears as a purple, pink, mauve and green light ribbon in the sky, similar in aspect to the aurora.

It was officially discovered in Alberta, Canada by our North American aurora watching friends in the Facebook group, ‘Alberta Aurora Chasers’, who named the phenomenon. Shortly after this, it was then investigated by analysis from the satellite data of the European Space Agency’s Swarm mission.

The data found that STEVE is actually caused by a 25 km wide ribbon of hot plasma at an altitude of 450 km, at an average temperature of 3000 °C, and a flowing speed of 6 km/s.

Somewhat bizarrely, this phenomenon is, in fact, much less rare than you would think, though it was never investigated before initial discovery in 2016.

Aurora photographers have been capturing pictures of STEVE for decades without actually understanding what it was. In fact, there is evidence that STEVE has been observed and spotted since the 18th century in 1705.

Only in the past few years have scientists found an explanation for this strange celestial phenomenon.

Relatively new research indicates that the formation of STEVE occurs in two distinct parts – the mauve, pink and purple streaks and the green ‘picket fence’ aspect which is similar to an aurora.

First, the mauve and pink streaks most synonymous with STEVE occur when charged particles are heated up in the atmosphere, further south than a typical aurora.

A combination of data and photography footage helped formulate the consensus that energetic electrons were pouring into the Earth’s ionosphere, the layer of our planet’s atmosphere where atoms lose their electrons due to solar and cosmic radiation.

This reaction causes friction which then heats up the particles, resulting in the mauve and pinkish glow (incandescent lightbulbs work in a similar way) that causes the main obvious streaks of the STEVE phenomenon.

Whereas, the green ‘picket fence’ aspect of STEVE develops from a completely different reaction. It occurs as waves move from Earth’s magnetosphere to the ionosphere. This region is where the waves can both energise electrons and move them out of the magnetosphere, which create this similar aurora style appearance.

Much like the aurora, this green element of STEVE, simultaneously happens in the Northern and Southern hemispheres as a result of the same interactions.

Essentially, STEVE is a phenomenon caused by a combination of particle friction and waves causing energetic electrons to move from the magnetosphere to the ionosphere… no wonder it has taken this long for an answer!

Where Does STEVE Occur?

The short answer here is in the ionosphere.

Where aurora activity occurs anywhere between 50 – 640 km in altitude, STEVE sits at 450 km.

According to NASA, STEVE actually occurs much closer to the equator than the aurora which only occurs around the Earth’s poles.

Specifically, STEVE mainly occurs around 5-10 degrees further south in the Northern Hemisphere than the Auroral Oval.

This means the phenomenon can be seen at latitudes similar to Calgary in Canada, the UK, Alaska, northern US states as well as New Zealand in the southern hemisphere.

How Can You Spot a Glimpse of STEVE?

STEVE is a very narrow arc, aligned east-west, and extends for hundreds and thousands of miles.

In English, you’ll want to look directly up if you’re at an altitude 5-10 degrees below the auroral oval when it’s dark and you have clear skies, or slightly south if you’re like us and live in more northerly latitudes like Iceland.

Much like the aurora, the colours you will see with naked eye seem to vary based on levels of intensity, but a long exposure on your camera should pick up mauves, purples and greens similarly to the aurora.

Unlike the aurora, however, STEVE isn’t a dancer!

You’re not going to get big intense all-sky encompassing auroral type displays with STEVE, but instead a more subtler band of glowing light.

For those of you who have seen a relatively weak Northern Lights display, which often can only appear as a thin pale band across the sky, STEVE is much closer to this.

This is not to say it’s any less special than the Northern Lights. You’re in fact gazing up at one of the world’s greatest astronomical wonders which few have actually seen.

So, for night sky lovers, this should be one at the top of your list to spot and photograph in the coming winter seasons.

Why is a Visit to Iceland the Perfect Spot to See STEVE and The Northern Lights? 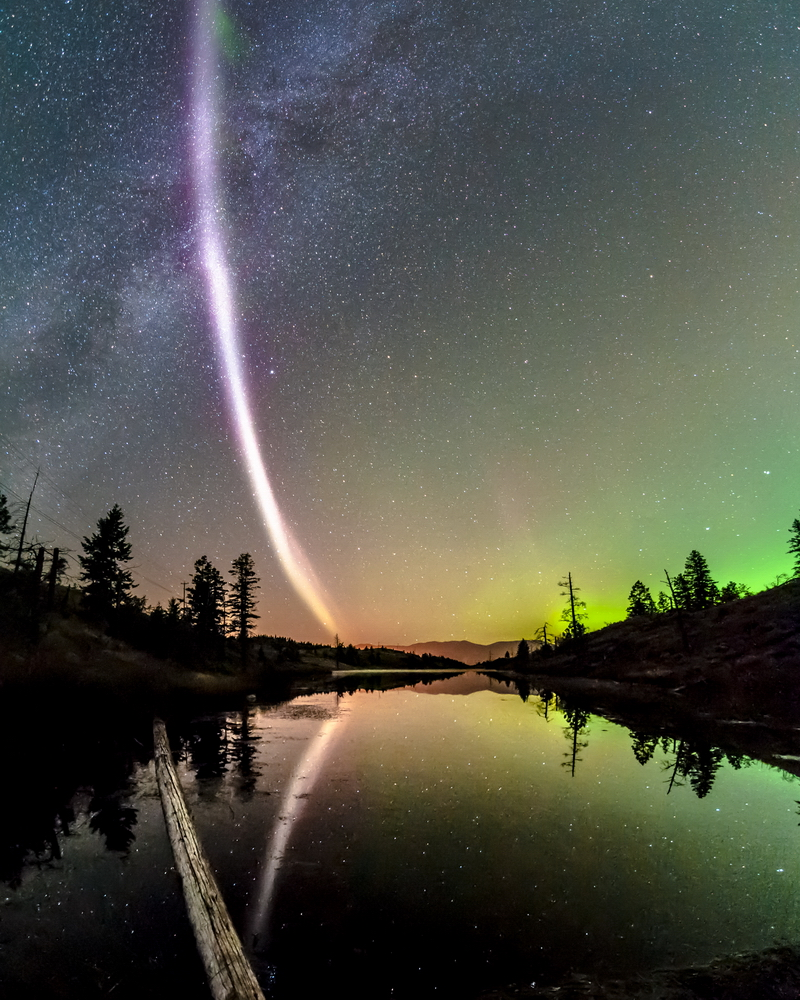 There’s no doubt that for some time due to our knowledge of aurora science and our regular sightings experience that we know the best places to see the Northern Lights in Iceland.

However, when it comes to the more recent question from our travellers of how to spot STEVE, we’re still playing catch up with sourcing the right answers.

Here in Iceland, we’re blessed by both our position within the auroral zone and our relatively mild climate, to be considered the optimal location to watch the great celestial dances of the Northern Lights.

Whether it’s on a Northern Lights tour, a winter package or an Iceland self-drive adventure on your own, you’re sure to spot a cosmic light show unique to that specific evening that none will have seen before, nor see again.

When it comes to spotting STEVE, based on our observations and data this usually occurs in a southward direction when you’re in Iceland due to the location of this phenomenon at 5-10 degrees lower in latitude.

So, as you set up your camera and settle in for a night gazing at the stars during our winter months in Iceland, take a moment to check both north and south, try various test shots in both directions and see if you can capture both these incredible wonders of the northern skies.

There’s a reason people have gazed up in awe at the heavens on a winter’s eve in locations in the far north for generations, you never truly know what you’re going to see!

There’s no doubt that watching the Northern Lights is one of the best things to see and do in Iceland. But, with new observations in our skies above, STEVE now adds a new element and anticipation to the upcoming winter hunts.

STEVE is a relatively newly assessed and understood phenomenon. The rapidity of science, technology and understanding has allowed us to learn and share this knowledge of the interactions within our atmosphere which create this distinct celestial glow much faster than ever before.

Here in Iceland, we count ourselves even more fortunate to have the ability to spend our long winter nights gazing up at the impressive Northern Lights that dance silently, yet passionately, over our heads most evenings. With the new discovery of STEVE, we now finally have a reason to look south and enjoy evenings of photographing, discovering and learning more about the wonders of the night sky above.